Manuals Why us Kardiolita Hospital News 5 most common myths about hair transplantation – what's a lie, and what's - the truth? 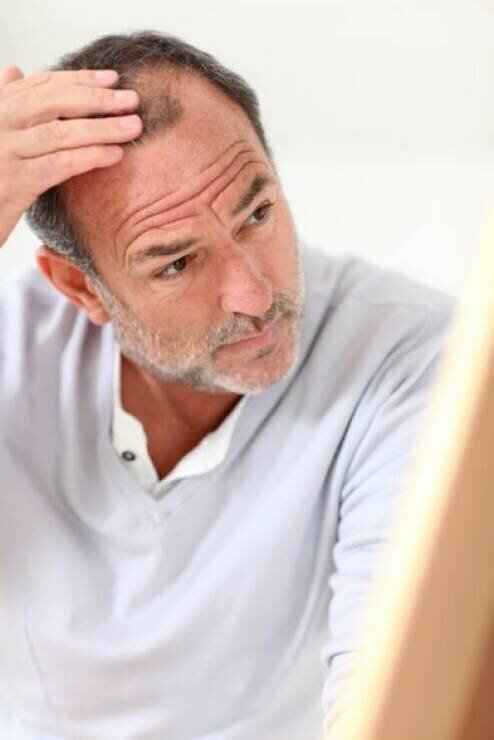 5 most common myths about hair transplantation – what's a lie, and what's - the truth?

Hair transplantation - is a procedure full of various myths and misconceptions. Doctors-dermatovenerologists Renata Kliunkienė and Aistė Audickaitė of Dermatology and Aesthetic Surgery Center at Vilnius Kardiolita Hospital, as well as plastic and reconstructive surgery doctor Giedrė Uždavinytė Šemetienė share their observations and help to choose, where is the truth, and where – the fictions.

During their professional practice doctors of Kardiolita Hospital have heard various false opinions and fears about hair transplantation. Physicians remember that part of them made the shoulders shrug, and another part – sincerely made laugh.  So what are the most common myths about this procedure?

Myth: transplanted hair does not stick. According to R. Kliunkienė, as many as 99 percent of hair stick, however, one or more months after transplantation, some of them fall out for some time. That should not be feared - transplanted hair, depending on the natural phases of hair growth, regrowth after 6-12 months, so it takes a little patience to see the end result.

Myth: the procedure is painful. Not true – hair transplantation patients often compare to a visit to an odontologist.  During the procedure, according to R. Kliunkienė, local anaesthesia is performed and the patient does not feel pain, therefore, the discomfort is caused by at least a few small needle punctures during analgesia.

Myth: the procedure can be performed on any patient, regardless of whether he has his own hair, or not. „During the procedure, hair is taken from the patient's own donor area (occipital zone) and transplanted to another location, localization of hair changes. If the patient has lost all his own hair - the transplantation is impossible“, - says A. Audickaitė, a dermatovenereologist at Kardiolita Hospital, which employs some of the best doctors in Lithuania.

Myth: transplanted is artificial (synthetic) hair. G. Uždavinytė-Šemetienė states that she was directly confronted with this myth during a consultation – the patient inquired about the properties of such hair. „I want to emphasize that own, the same person’s hair is being transplanted. They are moved from an area where they grow denser and their thinning is less noticeable, into the area, which you want to adjust. The most often - from the occiput to the scalp and forehead area at the line of hair growth, in order to restore or adjust it“, – says a doctor plastic and reconstructive surgery.

Myth: hair follicles regrow at the site from which they are taken during the transplantation. According to A. Audickaitė, hair in that place does not regrow because it is transplanted elsewhere. Therefore, it is important to consult a doctor before the procedure and assess from where and how much hair will be transferred to the new area, because hair follicles in the donor area also have their limit.